Who doesn’t want a piece of the pie every now and again?

I’m not talking about a grand sum of money or anything like that. No. No. Instead, I’m talking about a piece of nostalgic comfort food dished up and served on a plate. A savory family style meat pie that’s a meal within itself. Wildly stuffed with ground elk and a hearty filling infused with aromatics sealed under a flaky buttery crust and baked until golden brown.

Sounds mouthwatering doesn’t it? Plus, it’s simple to make which makes this elk meat pie a great recipe for any novice or expert cook looking for a hearty family meal to serve up for dinner.

The filling of the pie is as I mentioned simple. I mix diced potatoes, onions, shallots and minced garlic along with the ground elk meat. Then season the combination with aromatic French tarragon, parsley and a pinch of salt. Pour the meat mixture into a pie plate and add sautéd sliced mushrooms and a thick layer of shredded Colby jack cheese. Complete the dish by setting the pie crust over the top of the mixture and baking until the crust turns golden brown. 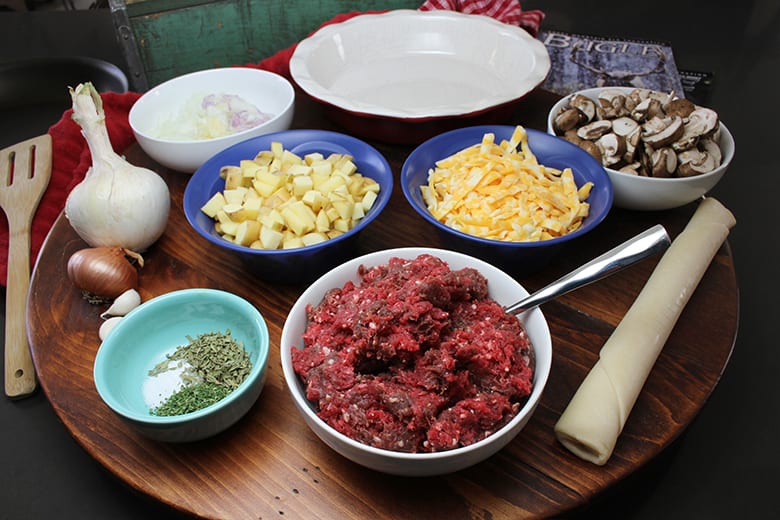 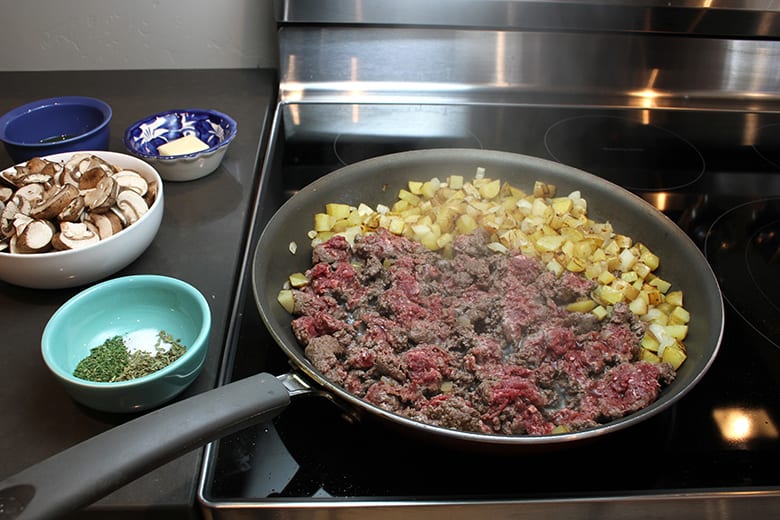 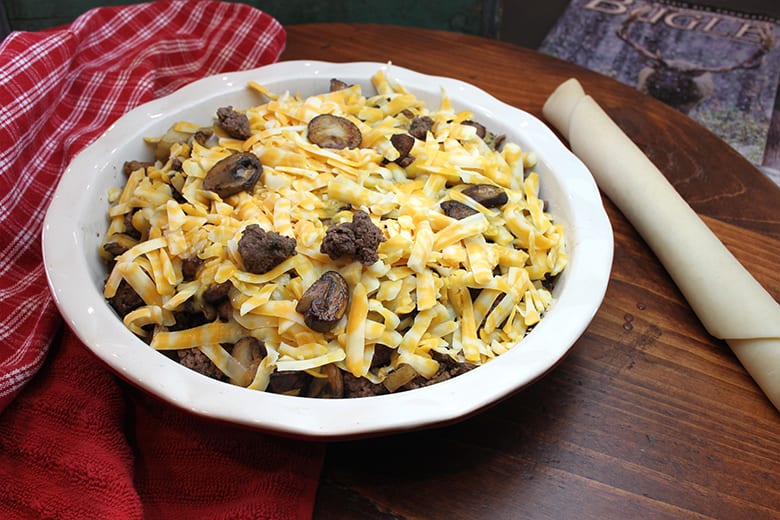 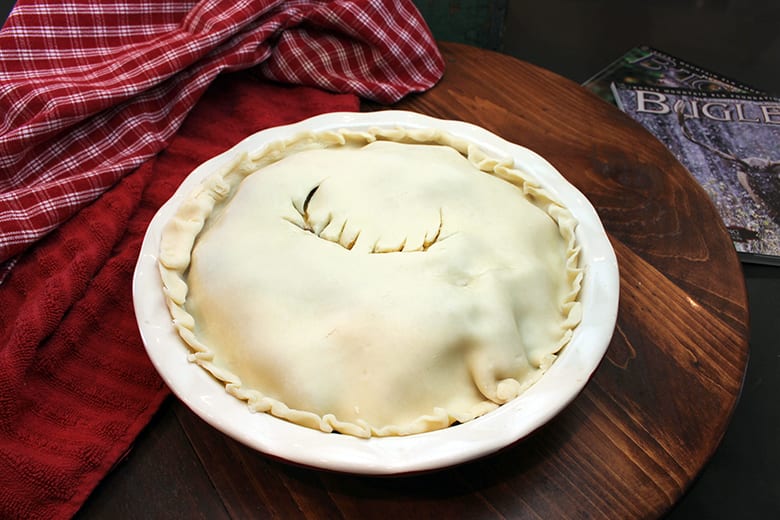 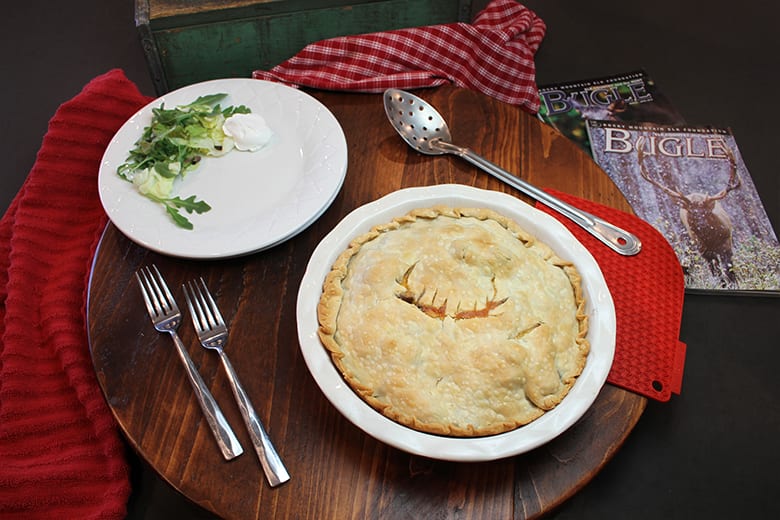 Taking the mystery out of wild game cooking

I am neither a trained chef nor a professional huntress – just a woman who loves to hunt and showcase the harvest using simple steps and everyday ingredients.

We use cookies to ensure that we give you the best experience on our website. If you continue to use this site we will assume that you are happy with it.OkPrivacy policy